When you invest in Poway real estate, you are investing in a city with a rich background and history, which speaks to its bright future.

The Dieguenos, a proud Native American tribe, once called the area in and around Poway home. Pictographs, pottery and other artifacts show that the area along Poway Creek was a desirable place for the tribes to live. The name “Paguay,” from whence the modern name originates, is said to be the Dieguenos word for “two little valleys,” as recorded in mission documents by Spanish padres as the place where church cattle grazed. For more than a hundred years, the valley served as the stock range until settlers established permanent residences.

The name of Paguay appeared on maps of Poway as late as the year 1869. It was not until the Postmaster General crossed out the name that had been suggested for a post office, and substituted “Poway” for the town name. Poway’s post office was actually the first post office located between San Bernardino and San Diego.

During the westward migrations of the mid-1800s, settlers discovered the fertile soil and mild climate of the San Diego area and claimed Poway real estate as their own. Poway was first settled by farmers who found that many different crops could thrive here including peaches, grapes, apricots, pears, hay, alfalfa, avocados and citrus fruits. Other enterprising farmers set up beehives and collected honey made from the fragrant blossoms of nearby farms. If you decide to own Poway real estate, you may be fortunate to have original fruit trees on your property, as farmland and orchards are subdivided to accommodate the growing demand for Poway real estate.

With the city’s incorporation in 1980, Poway has since grown into an active and idyllic residential community. This former farm town has transformed itself into an environment where many small commercial businesses and modest shopping centers thrive. Today, many people who live in Poway homes work for employers in and around the San Diego metro area, and enjoy a reasonable commute to work. Today the thriving city is known for its prime location, excellent schools, and many recreational opportunities. In fact, the area has many areas zoned for horses even today. Poway homes are often built on oversized lots, which provide the area with a somewhat rustic appeal. The blend of city and country is part of what keeps Poway real estate in demand. 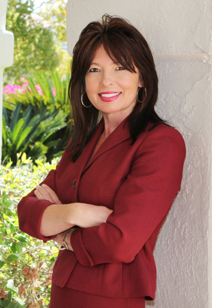 What's Your Home Really Worth?